The Use Of Technology In Improving Road Transportation: A Study Of Bolt (Taxify) 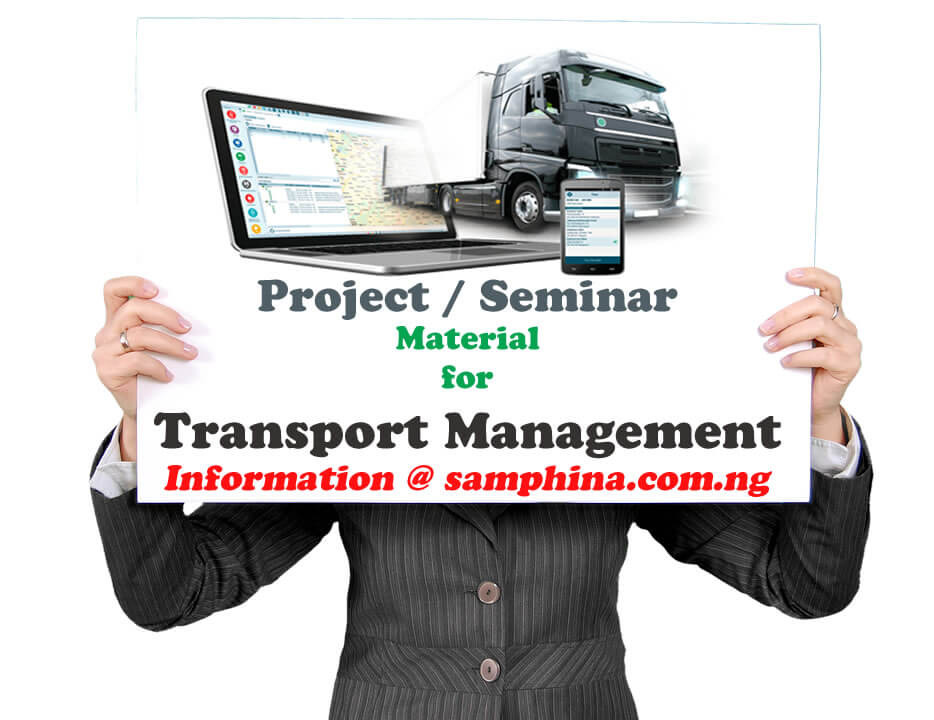 The Use Of Technology In Improving Road Transportation: A Study Of Bolt (Taxify)

E-hailing is a popular mode of transportation conceptualized and developed abroad and later introduced in Nigeria. The service is classified by the Department of Transportation and Communications (DOTC) under what they defined as Transportation Network Company (TNC). The rise of these transport modes has a direct impact to a segment once dominated by conventional taxis as it became popular in the market in terms of the premium services they provide to riders.

The surveys were conducted in Lagos, with 150 taxify operators. The surveys revealed common complaints about existing taxi services.

1.1 Background To The Study

Interrelationships of ICT innovations and changes in transport demand have been debated for more than three decades (Line et al. 2011; Salomon 1986; Senbil and Kitamura 2003; Thomopoulos, Givoni and Rietveld 2015; Wagner et al. 2004). The basis of discussions has however changed fundamentally over time, as ICT opportunities constantly evolved, specifically with the development of the smartphone. Wagner et al. (2004) and Banister and Stead (2004) were the first to comprehensively discuss the complexity of ICT and transport interrelationships, considering ICT demand responses as well as spatial and temporal distribution outcomes. Specifically, this included ‘living’, ‘working’ and ‘producing’, the latter comprising logistics, manufacturing systems, customized services, retailing and distribution, teleshopping, distance working and self-employment. Wagner et al. (2004) and Banister and Stead (2004) concluded that ICT would stimulate travel, as new ‘opportunities’ for transport became available, though ICT would also substitute for travel, as a growing number of tasks could be carried out at-a-distance.

A refined understanding of ICT, social (media) networks and travel was presented by Carrasco and Miller (2006), who found that transport demand depends on the social importance of the contacts in the network, as well as physical distances to social activities. Evidence of transport demand growth as a result of mobile phone use was later presented by Nobis and Lenz (2009), who found that changes in life circumstances triggered changes in mobile phone use and travel behavior. Notably, at the time of these studies, the authors still focused on the implications of mobile phone, regular phone and email use: Smartphones and their opportunities (apps, chats) as well as social media had not as yet made a mass-market entry. This affirms that less than a decade ago, studies investigating ICT and transport interrelationships still had a starting point in considerably more limited technologies and opportunities for use. In one of the more recent studies, Line et al. (2011) investigated students and part-time working mothers. They found that new technologies were embedded quickly in everyday routines, as communication opportunities allowed for the re-scheduling and adjusting of activities and their co-ordination and organization in time and space. Social media (in particular Facebook) was identified as an important factor in the expansion of social networks, including invitations to social events and the revival of old friendships.

Line et al. (2011) concluded that while ICT affected communication patterns, its implications for transport demand change appeared to be more limited. A notable exception was long-distance relationships maintained through Facebook, which necessitate occasional personal meetings (Larsen et al. 2006). Line et al. (2011) also noted the importance of mobile technologies for ‘inhabiting’ space, i.e. the use of mobile phones for navigation or listening to the radio, as well as their potential to both “fragment” and “lubricate” life (ibid: 1498). Aguiléra, Guillot and Rallet (2012) added to this that ICT improved public transport experiences, security perceptions, and the possibility to make travel time more productive (see also Wang and Law 2007), while Cohen-Blankshtain and Rotem-Mindali (2016) more recently affirmed that ICT influence perceptions of distance, accessibility and availability.

Aguiléra et al. (2012) provided new insights regarding the potential of ICT innovations to stimulate and substitute transport demand. Of particular importance is their finding that ICT changes the nature of transport demand, as it adds “new value to physical presence” (Aguiléra et al. 2012: 666). In their view, travel no longer addresses instrumental needs; it makes up for 3 “relational deficits”. This is confirmed by Cohen-Blankshtain and Rotem-Mindali (2016) who noted that ICT lead to some travel substitution, though both physical and virtual activity types grow. Ad

Advances of Internet platforms, smartphone and tablet applications, and the rise of social media platforms are becoming increasingly relevant in transport contexts, as they facilitate travel, allow for co-presence in the sharing of distant lives, while also generating new forms of social and network capital (Germann Molz 2012; see also van den Berg et al. 2013). As an example, Cohen, Prayag and Moital (2014) found that social media had gained considerable importance for tourism behavior and mobility patterns, as a result of opportunities to communicate travel patterns. Social media can also set in motion competitive travel and changes in collective and individual identities modeled on movement (Gössling and Stavrinidi 2015). The review suggests that interrelationships of transport and ICT have evolved over at least three decades, with several central information technologies, such as smartphone apps, having been adopted by mass markets only more recently. As the scale of this change is unprecedented (Witt, Suzor and Wikström 2015), there is evidence that the perception and use of transport systems is now increasingly shaped by apps (van Wee 2015). To better understand these complexities, the paper identifies ICT innovations and conceptualizes these with regard to their implications for transport behaviour.

The basic objectives of this study are:

The hypotheses to be tested in this study are:

1.5 Significance Of The Study:

The study will assist the government in policy formulation as it relates to transportation. This study will educate the stakeholders in the transportation sector and the general public on the relationship between ICT and urban transportation in Nigeria. This research will be a contribution to the body of literature in the area of the effect of personality trait on student’s academic performance, thereby constituting the empirical literature for future research in the subject area.

This study will cover the relationship between road information technology and transportation and how the duo influence development in Nigeria.

Financial constraint- Insufficient fund tends to impede the efficiency of the researcher in sourcing for the relevant materials, literature or information and in the process of data collection (internet, questionnaire and interview).

The researcher will simultaneously engage in this study with other academic work. This consequently will cut down on the time devoted for the research work

Insufficient fund tends to impede the efficiency of the researcher in sourcing for the relevant materials, literature or information and in the process of data collection (internet, questionnaire and interview).

The researcher will simultaneously engage in this study with other academic work. This consequently will cut down on the time devoted for the research work.

Discussion Of Findings, Conclusion And Recommendation

The following recommendations are made towards improving transport services provided by e- hailing as well as in aid of regulations and policy making for these modes:

Research Topic: The Use Of Technology In Improving Road Transportation: A Study Of Bolt (Taxify)