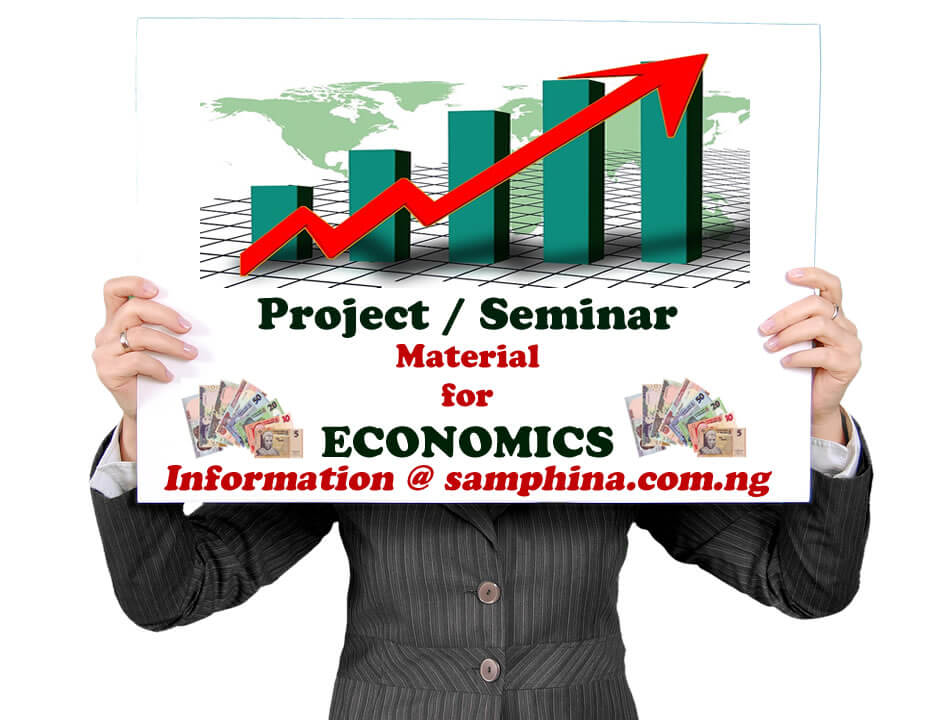 Fundamentally, a budget plays an important and strategic role in the overall management and maintenance of a country’s affairs. It is a financial policy document that provides government revenue and spending forecasts for a specific time period, generally one year (Malgwi and Unegbu, 2012; Abe, 2012; Ojo, 2012; Okpala, 2012). A budget, according to Olomola (2012), is an essential economic instrument that the government uses to facilitate and fulfill its agenda within a fiscal year. It is a necessary fiscal tool for effective resource mobilization, allocation, and economic management in order to meet defined goals (Horngren et al., 2008). The government, according to tradition, exists to serve the nation’s and citizens’ best interests (Bello, 2001; Okpala, 2012). It manages the affairs and welfare of its citizens using a variety of mechanisms, the most important of which is budgeting. The government uses its annual budget to control the economy and appropriate the nation’s resources (Okpala, 2012; Olurankinse, 2012). As a result, it is thought that a country’s budget should aid in the reduction of poverty, the improvement of infrastructure, the creation of employment opportunities, the development of important sectors of the economy, and the improvement of the living standard of its citizens (Olomola, 2012). The Budget and its execution, according to Aminu Tambuwal, then-Speaker of the House of Representatives, remain sore areas of administration in nation building (Nwogu, 2013). This is because a country’s development and economic growth are inextricably linked to its political structure. Emerald Publishing Limited 2056-4929 DOI 10.1108/IJPL-11-2016-0045 International Journal of Public Leadership Date of receipt: November 2, 2016 29th of May, 2017 Accepted on the 14th of June, 2017. Nigerian public finance management 197.210.24.156 was the IP address that downloaded the file. Revenue generating and fund management at 14:15 (PT) on November 20, 2017. Despite these expectations, Olajide (2011), Olurankinse (2012), Okpala (2012), Okolo (2012), and Agbonkhese and Asekome (2014) noted that Nigerians have consistently decried the nation’s annual budget’s abject failure to meet fiscal objectives and manage Doubts and questions have been raised about the country’s financial procedures and execution techniques (Akpan, 2013; Olomola, 2012; Iredia, 2012). This has been linked to governance flaws, poor financial management, and a high level of corruption among public officials (Peter, 1999; Olomola, 2012; Omah et al., 2013; Iredia, 2012; Ugwuanyi and Ew In Nigeria, funds are distributed to each tier of government each fiscal year based on the adopted official allocation formula, with disbursements made to various ministries, departments, and agencies based on approved budget estimates (ICAN, 2009; Fiscal Responsibility Act, 2007; The Constitution of the Federal Republic of Nigeria Over the years, this has been the norm, with government spending having little or no influence on the electorate’s living standards (Abe, 2012; Agbonkhese and Asekome, 2014). Economic diversification and robust development, according to the Central Intelligence Agency (CIA) (2016), have not resulted in a substantial reduction in poverty levels in Nigeria.

According to Okwoli (2004) and Akpan (2013), Nigerian culture is riddled with stories of corruption, including fake people (ghost-workers) on government payrolls, contract inflation, budget padding, and money laundering, to name a few examples. Nigeria was classified as the 32nd most corrupt country in the world by Transparency International in 2015, out of 168 nations assessed (Transparency International, 2015). Similarly, KPMG stated that in 2012, the country lost about 225 billion (US $1.5 billion) due to fraudulent operations. Nigeria was also reported to have the largest number of fraud cases on the continent, topping the list as Africa’s most fraudulent country in 2012. (Randle, 2012). Political elites and public officeholders have been recognized as leading perpetrators in the country’s top fraud cases (Bello, 2001; Onuorah and Appah, 2012; Otusanya and Lauwo, 2013; Transparency International, 2015; CIA, However, the following issues demand to be answered: how and where do these public officials receive their funds? Are there no controls in place to regulate how public money is accessible, used, and accounted for? What are the flaws in Nigeria’s public finance management (PFM) and accountability system? With this propensity, along with the nation’s and economy’s difficulties, the democratic dividend to the people remains a mirage and a long way off. The electorate’s expectations appear to have been surpassed by doubts. The status of government has piqued people’s curiosity (Olomola, 2012; Iredia, 2012). The effectiveness of the nation’s yearly budgets in guaranteeing efficient administration and accountability of public finances is attracting a lot of attention (Okpala, 2012). The Nigerian vision 2020 of becoming one of the world’s first global economies would remain a fiction without a progressive and robust budgeting system that would serve as an economic blueprint for national reforms and change (Horngren et al., 2008; Olomola, 2012; A As a result, it is important to critically analyze the existing status of the nation’s financial system and to take immediate steps to ensure openness in government spending, as well as effective administration and accountability of public money.

The objectives of this study are:

The study’s major contributions include: first, drawing lawmakers’ and budget implementation and monitoring committees’ attention to the necessity to close identified gaps in the nation’s budgetary system. Second, it gives actual information on the current condition of government spending management and accountability.

The study focused on Public Funds Management and Government Budgeting in Nigeria, with the scope being Nigeria’s independence.

The study was limited given the short duration of the study and the budget.

A government budget is a document prepared by the government and/or other entities presenting its anticipated revenues|tax revenues income tax, corporation tax, import taxes) and proposed government expenditures|spending/expenditure for(Healthcare, Education, Defence, Roads, State Benefit) for the coming financial year.In most parliamentary systems, the budget is presented to the legislature and often requires approval of the legislature. Through this budget, the government implements economic policy and realizes its program priorities.

Public financial management is the acquisition and disposal of resources by the government, be it federal, state or local government.

This research material “Public Funds Management And Government Budgeting In Nigeria” is for research purposes and should be used as a guide in developing your research project / seminar work. For no reason should you copy word for word (verbatim) as samphina.com.ng will not be liable for any who copied the material.

samphina.com.ng is only providing this material “Public Funds Management And Government Budgeting In Nigeria” as a reference for your research. The paper should be used as a guide or framework for your own paper. The contents of this paper should be able to help you in generating new ideas and thoughts for your own research. Use it as a guidance purpose only.

If you are preparing for questions that may be asked during your defense, then your answers will flow smoothly and effectively. This will prove your knowledge on the subject e.g “Public Funds Management And Government Budgeting In Nigeria“, and strengthening your argument. Ask friends and family, read your work for them to listen to your presentation, and write down questions. You may be lucky the panel will ask you those you have already prepared on.

Not knowing your topic “Public Funds Management And Government Budgeting In Nigeria” inside out will cause you to struggle and ultimately fail with your defense. You need to know the subject from every angle to ensure you are fully prepared for any question that may come your way.