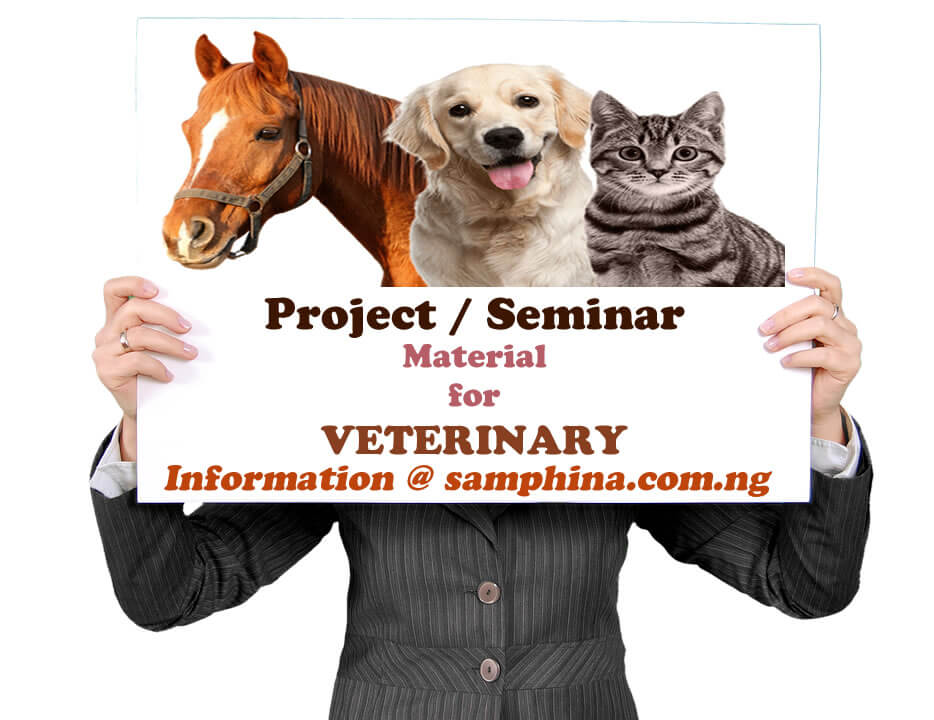 From these figures, poultry is about 58. 72% of the total livestock production which indicates the place of poultry sub-sections in the livestock industry. Poultry plays an important economic, nutritional and socio-cultural role in the livelihood or rural household in many developing countries including Nigeria. Poultry are birds that include fowl, turkey, duck, goose, ostrich guinea fowl, pigeon etc. which render not only economic services but contribute significantly to human food as a primary supplier of meat, egg, raw materials for industries (feathers, waste products), source of income and employment to people compare to other domestic animals (Avila 1985; Demehe, 2004).

Poultry meat and eggs play a very useful role in protein production in Nigeria. They are palatable and generally acceptable. This acceptability cuts across nearly all cultural region boundaries in Nigeria. Poultry industry plays important role in the development of Nigeria economy. Poultry production has become a full time job for many Nigerians and significantly contribute to the Groose National Product (GNP) (Umeh and Odo; 2002). Poultry products mainly meat and eggs represent important food for improving the nutritional status particularly of the most vulnerable populations-children and pregnant women. Poultry production is an important part of farming in many parts of the world. The major attracting factor in poultry production is probably the tendency of providing a fairly rapid return on capital (Abdulkali; 2002).

The poultry industry in Nigeria has recorded considerable expansion in recent time (FAO, 2000). For example, the creation of Akwa Ibom State in 1987 and the increased activities of oil and gas companies in the area with the resultant improvement in the demand for animal protein especially in the form of poultry products. This has led to the establishment of poultry farms which are located in Uyo agricultural zone of the state. While overall national increase in poultry production has probably triggered o vigorous research into alternative and cheaper feed resources urgently needed to sustain such growth: there is the need to continually focus attention on the health of the animals in other to realize the full potential of the industry (Fasami; 1990).

Poultry diseases remain one of the major threats to boosting poultry production in Nigeria (Halle et al., 1998; Laseinde, 2002). Poultry diseases continue to play major central role in hampering its development (FAO, 1998; Rushton et al, 1999) The impact of diseases on animal agriculture is typically assessed in quantitative terms. In poultry industry examples of these terms include lost revenues, costs of vaccination/prevention, eradication decontamination and restocking. These have been referred to as a negative input (Unrusfield, 1995). In Nigeria, diseases are among the major factors that hinder poultry development (Alanargot, 1987; Alemu, 1995).

A lot of losses in poultry have been linked to diseases causing agents such as viruses, bacteria and parasites. It has been estimated that more than 750 million chicken, guinea fowls and duckling in Africa die each year as a result of various infections (Sonaiya 1990). Although somewhat in birds parasitic has been achieved by commercial production system mostly due to improved housing hygiene and management practices, the prevalence of infectious diseases is still very rampant (Pandry et at: 1992). Nigeria has a comparatively well developed poultry industry for West African Nation.

Apantaku (2006) described this trend to the low level of poultry production in comparison to the level of poultry technologies being generated by Nigerian poultry researchers. The prevailing situation became worsen in 2006 by the reported outbreak of highly pathogenic and viral diseases like Avian influenza, Newcastle disease, infectious bursal disease and coccidiosis. Obayelu (2007) reports that the diseases outbreak led many poultry farmer into psychological Major limitations confronting the industry are numerous.

Despite the economic significance of the diseases to the commercial and small scale poultry producers in the country, no substantial research has been done to asses its economic losses. With the increasing interest in poultry production evidenced by the proliferation in poultry farms, it is pertinent to continually evaluate the prevalence rate and management issues associated with common poultry disease such as Avian influenza, Newcastle disease, infectious bursal disease and coccidiosis.

Where market is lost through the reduced rate to export, restriction of movement of birds and the closing of some domestic markets is especially the constraint which aect the income generating ability of smaller producers in the zone (Mettzer et al., 1999). The non consumption of poultry meat as well as its products has also aected animal protein intake in the large sector of the population. The most pronounced aect is the sharp decline in demand as people avoided eating and demanding for poultry product out of fear of being infected (WHO, 2004a). The survivability of poultry industry in Nigeria is very low due to poor management techniques embarked upon by rural poultry farmers, and outbreak of seasonally defendant diseases that can account for high chick losses and mortality.

1.3 Purpose Of The Study

The study is aimed at examining the prevalence rate of poultry diseases and mortality of flock in the study area. Specifically the study seeks the following objectives.

1.6 Delimitation Of The Study

This study is delimited to prevalence of diseases and the mortality rate of poultry in Uyo Local Government Area of Akwa Ibom State only four infectious diseases of poultry are being surveyed in the study i.e Avian influence, (AI), Infectious Bursal Disease (Gumboro), Newcastle disease (ND) and coccidiosis (C).

Important terms relevant to this study is operationally defined as follows;

This is the proportion of a population found to have a condition (typically a disease or risk factor) at a specific time.

This is a disease that afflict poultry. Mortality rate: This is the number of deaths due to a disease divided by the total population.

This is a disease caused by any of many different strains of influenza viruses that have adapted to a specific host.

This is an acute viral disease of poultry marked by respiratory diiculty, reduced egg production and, in chicks, paralysis.

This is an acute, highly contagious viral infection in chickens manifested by inflammation and subsequent atrophy of the bursa of Fabricius, various degrees of nephroso-hephritis and immunosuppression.

Coccidiosis is a parasitic disease of the intestinal tract of animals caused by coccidian protozoa.

⚠️ Searching for a different topic? Perform a quick search

This research material “The Prevalence Of Poultry Disease And Its Mortality Rate In Uyo Local Government Area Of Akwa Ibom State” is for research purposes and should be used as a guide in developing your research project / seminar work. For no reason should you copy word for word (verbatim) as samphina.com.ng will not be liable for any who copied the material.

samphina.com.ng is only providing this material “The Prevalence Of Poultry Disease And Its Mortality Rate In Uyo Local Government Area Of Akwa Ibom State” as a reference for your research. The paper should be used as a guide or framework for your own paper. The contents of this paper should be able to help you in generating new ideas and thoughts for your own research. Use it as a guidance purpose only.

If you are preparing for questions that may be asked during your defense, then your answers will flow smoothly and effectively. This will prove your knowledge on the subject e.g “The Prevalence Of Poultry Disease And Its Mortality Rate In Uyo Local Government Area Of Akwa Ibom State“, and strengthening your argument. Ask friends and family, read your work for them to listen to your presentation, and write down questions. You may be lucky the panel will ask you those you have already prepared on.

Not knowing your topic “The Prevalence Of Poultry Disease And Its Mortality Rate In Uyo Local Government Area Of Akwa Ibom State” inside out will cause you to struggle and ultimately fail with your defense. You need to know the subject from every angle to ensure you are fully prepared for any question that may come your way.