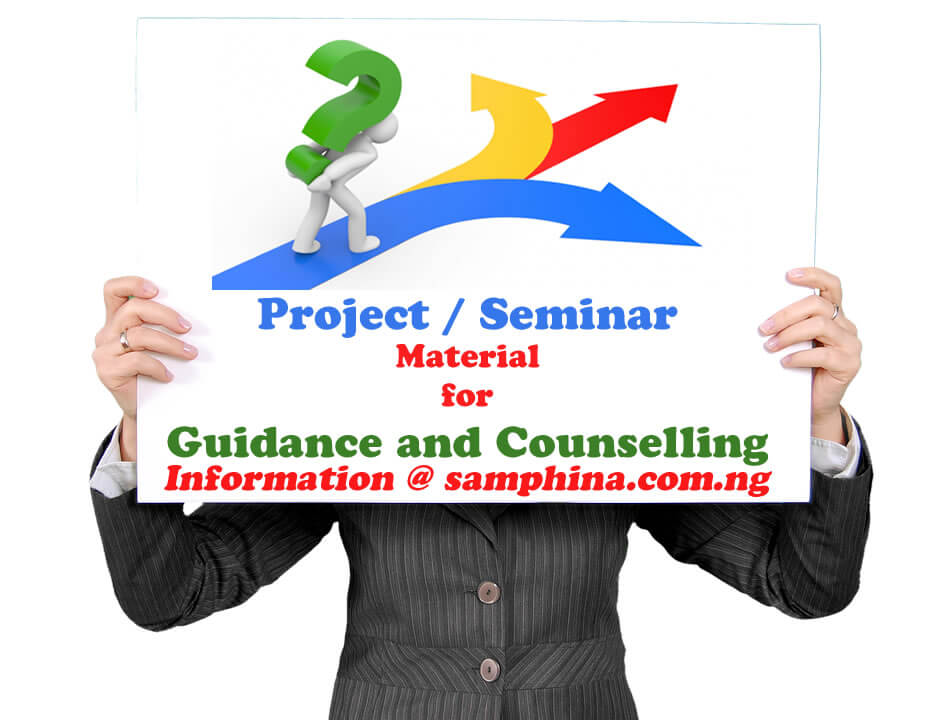 This study attempted to examine the influence of mate selection and self-disclosure on marital stability among couples in Lagos State.

The descriptive research design was used in the study. The questionnaire was used to assess the opinions of the selected respondents with the collection of relevant data from them, while the sampling technique was used to select the sample size of the study.

A total of 120 (One hundred and twenty) respondents were selected by the application of the stratified sampling technique. Also, a total of four (4) null hypotheses were stated and tested with the application of independent t-test statistical tool at 0.05 level of significance.

The choice of a mate is a problem that human beings share with most other animals, because successful reproduction is central to natural selection. Peahens choose among most attractive peacocks, female elephant seals and even promiscuous chimpanzees exercise choice about their chimps with which they will be promiscuous (Broude, 1994). In every human society in the world, methods have been evolved for people to pair up and eventually get married in order to establish their own families. For most of the societies, this process was largely controlled by parents and kins in early days. Parents usually had direct control through strong community and kinship networks that exerted pressure on youths to conform to traditional norms. Only few societies, if there is any, allow young people to choose partners without the approval of parents and/or other relatives. It is when people remain in their communities or places of birth, that the bond of strong kin, networks is crucial in mate selection (Ekiran, 1996). Although mate selection process was once controlled by parents, it has now become much a matter of personal choice by the young lovers.

Blossfed (1994), identified some methods of mate selection among individuals which include:

According to Blossfed, parents choose spouses. Bankole (1991) observed that the general practice is for a father to look for a girl for his son to marry. the preliminary steps usually begin around puberty. According to Fadipe (1990) the usual age for girl’s betrothal start from ten years. Sometimes girls are said to have been marked out from childhood as intended wife for a particular young man with or without her knowledge. This however, may begin as a kind of joke between the two families involved, but with time the intention becomes more serious and often times, results to marriage. According to Fadipe (1990), this method of mate selection is true of the Yoruba people of the South-West Nigeria, and other ethnic groups in the nation during the early days.

As Adesomoju (2000) puts it, when an individual chooses his or her marital partner, this could be regarded as the self-selection method. This method was very uncommon in the early days, although it seldomly happened. Self-choice is the most prevailing method today. This is because since young people in search of higher education and better employment opportunities leave the rural areas for the urban centres, they are largely out of the control of their parents and as such, they choose marital partners by themselves. The factors at work can be summed up as: a change in economy, the decline of rural areas, the rapid growth of some occupations and the decline of others, the lure of the cities, the new opportunities far from home, the importance of education, and the relative emancipation of women, all of which led young men and women to seek more independence from their parents. Self-selection method is more pronounced among remarried couples than first marriage couples.

In his study, Adeleke (2001) observed that friends can select spouses for their friends which usually leads to marriage. According to him, this method of mate selection is common either now or in the early days. This method of mate selection is a feature of urban life, and it is carried out by a friend who wants to matchmake his/her friend with another individual or friend. It is carried out through introduction of man to a woman or vice-versa by a friend. This is common among colleagues at the work places or business associates. This is particularly true of people who have gone through the bitter experience and stress of disappointment. Mates can be selected through others such as the pastors, marriage counsellors and or seminar leaders or family.

As Sidney (1991) puts it, self—disclosure as a phenomenon was first investigated by Jourard (1971). The process was originally defined as telling others about the self. Since then, an extensive amount of information about disclosure has been produced, leading to significant shifts in the way we think about the phenomenon – self-disclosure. One change has been to consider disclosure as a process of revealing and concealing private information. Making this change, raises many questions about how people decide to disclose or remain private and helps us better understand the process within romantic relationships, marriage, and families (Burgron, 1982, Holtgraves, 1990; Petronio, 1991, 2000).

According to Cutrona (1996), many people disclose themselves to their mates before marriage, this disclosure has in some instances caused them their marriage. For example, when a mate either man or woman discloses that he/she has a terminal disease like HIV/AIDS, the attitude of the other partner in any case changes, in most cases, negatively. People do not want their mates to be infested with such illness as HIV/AIDS. Also, a case where a mate has married before and had children before the current marriage, if the previous marital activity was disclosed, there would be attitudinal change or reaction which may not augur well with the relationship.

There are many problems surrounding mate selection and self-disclosure among couples in the contemporary societies. Marriages have hit the rock these days due to wrong mate selections. For instance, couples have divorced because their spouses lack compatibility with them among other factors which they discovered in the lives of their partners. This is because human attitude is unpredictable and people, especially spouses have been disappointed due to negative attitude of their partners. And this has led to separation or divorce.

Couples have course to divorce due to sudden knowledge of their spouses’ ugly past. For instance, marriages have been broken due to knowledge of one’s spouse’s terminal sickness or history of family illness and other bad incidences that run in a particular family of one’s spouse.

For the above reasons, the researcher attempted to investigate the influence of mate selection and self-disclosure on marital stability among couples.

1.3 Purpose of the Study

The main purpose of the study is to investigate the influence of mate selection and self-disclosure on marital stability among couples.

The specific objectives of the study include:

The following research questions were raised in this study.

The following research hypotheses were formulated to guide the conduct of the study.

1.6 Significance of the Study

This study will be beneficial to the following individuals:

This research material “Influence Of Mate Selection And Self-Disclosure On Marital Stability Among Couples” is for research purposes and should be used as a guide in developing your research project / seminar work. For no reason should you copy word for word (verbatim) as samphina.com.ng will not be liable for any who copied the material.

samphina.com.ng is only providing this material “Influence Of Mate Selection And Self-Disclosure On Marital Stability Among Couples” as a reference for your research. The paper should be used as a guide or framework for your own paper. The contents of this paper should be able to help you in generating new ideas and thoughts for your own research. Use it as a guidance purpose only.

If you are preparing for questions that may be asked during your defense, then your answers will flow smoothly and effectively. This will prove your knowledge on the subject e.g “Influence Of Mate Selection And Self-Disclosure On Marital Stability Among Couples“, and strengthening your argument. Ask friends and family, read your work for them to listen to your presentation, and write down questions. You may be lucky the panel will ask you those you have already prepared on.

Not knowing your topic “Influence Of Mate Selection And Self-Disclosure On Marital Stability Among Couples” inside out will cause you to struggle and ultimately fail with your defense. You need to know the subject from every angle to ensure you are fully prepared for any question that may come your way.