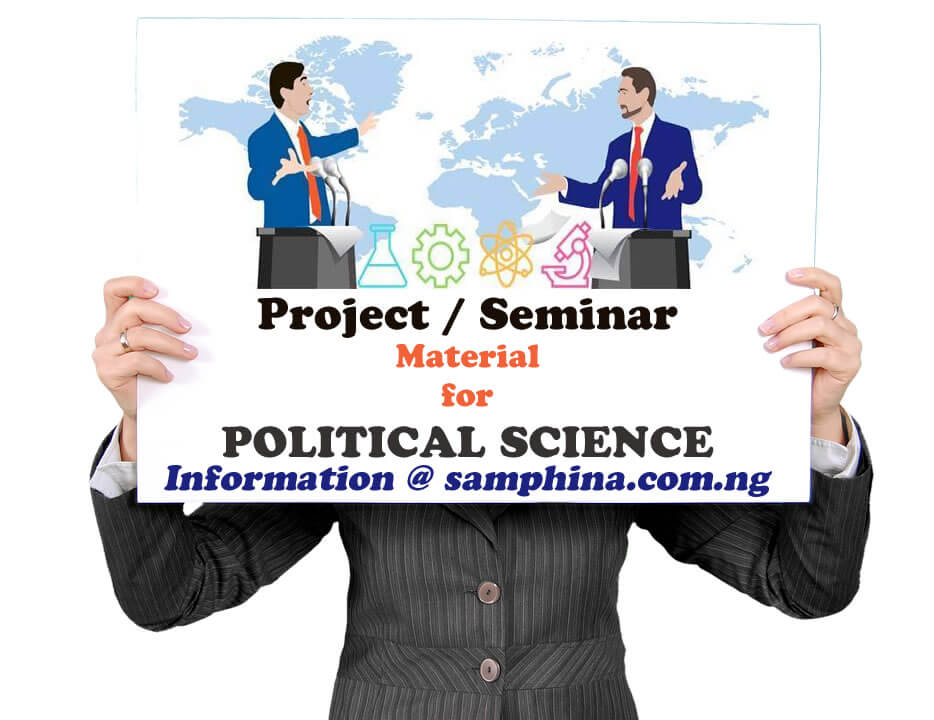 Background Of The Study

Rural banditry is a product of ongoing violence in rural communities over the last ten years, which has recently gained traction in Nigerian public discourse. The outcomes were harrowing. Thousands of lives had been lost, locals had been forced to flee their homes, and widespread destruction had occurred throughout southern Nigeria in states such as Benue, Kaduna, Plateau, Zamfara, Taraba, Enugu, and others. While rural banditry is also seen in criminal escapades such as cattle rustling, abduction, armed robbery, drug abuse, arson, rape, and other types of violence, the brazen and gruesome massacre of agrarian communities with sophisticated weapons by suspected herdsmen, as well as reprisal attacks from surviving victims, has pushed it to the forefront of national security concerns. According to Pastoral Resolve (2016), the two production processes have a symbiotic relationship. Agricultural and pastoral, but because of their dependence on land and its associated resources, conflicts had arisen. As a result, the state’s deteriorating ability to mediate these disputes and conduct successful rural policing has resulted in a never-ending cycle of violence. Northern Nigeria has been enabled to devolve into a complex national emergency with grave territorial consequences due to banditry and other forms of insecurity. This is eerily similar to what occurred during the Boko Haram insurgency. Boko Haram started launching systematic attacks on individuals, populations, and, finally, the state, after intermittent attacks.in environments where there is no deterrent, crime thrives. There are numerous opportunities for illegal activity in most of Nigeria’s rural communities. For one thing, some of these groups are in rural areas where the government has little to no presence. More specifically, forest areas divide and intersperse households in certain situations. As a result, they are vulnerable to banditry. The lack of successful community policing structures capable of dealing with the hinterlands’ unique security issues aggravates the situation.

The frequent invasion of some local government areas in Niger state by bandits has become a source of concern for the people of the state, especially those who have been directly affected. Several families have been sacked, and people have been forced from their ancestral homes, resulting in the loss of many lives and property worth millions of naira. Perhaps more pitiful is the fact that the bandits totally destroyed their homes, as well as their food and seedlings intended for planting this year. Even if they return to their villages today, many of them would have no place to sleep or begin a new life. He hope of the majority of people, who are farmers, has been dashed after their seedlings were burned down, leaving them with nothing with which to begin the new farming season. Most surprising is the fact that the Security Task Force members stationed at strategic communities have been withdrawn with no replacement till now. After being targeted by the deadly bandits who have been ravaging some parts of the state for the past months, members of the Task Force were withdrawn from their duty posts in the Allawa region and the Munya local government area of the state. The Joint Task Force had the upper hand against the bandits on several occasions until a few weeks ago, when the bandits killed five soldiers and a mobile police officer in an early raid at their camp in the Allawa district. The security personnel in Zagzaga Community, Munya local government, were also relieved of their duties. The Zagzaga Community Security Post had been in operation since 2012, keeping the peace in the region before bandits stormed the camp, set fire to the food store and one of the vehicles, fled with the other vehicle, and abducted the RSM on duty, whose body was discovered in the bush a few days later. Worried about the current events, especially the withdrawal of the Joint Task Force from their posts in recent weeks and the continued raiding of communities by bandits, the communities have been wondering what they might have done to cause the Niger state and the federal government to ignore them and leave them in the hands of the bandits.

Objective Of The Study

The following are the primary objective of the study;

Significance Of The Study

This study would be useful to the government in bringing to their attention a method of dealing with bandit attacks, as well as restoring security officers and deploying more military forces to these bandit-infested communities. This study will also serve as reference material to scholars, students and researchers who may want to carry out further research on this study

Scope Of The Study

The purpose of this research is to examine the implication of withdrawal of security officers from communities invaded by bandits and the sample respondent will be resident of ZagZaga community in Niger state.

Limitation Of The Study

During the course of this study, the major challenges encountered were time constraint, lack of research work and finance.

This is a type of organized crime committed by outlaws typically involving threat or use of violence.

The act of withdrawing from something.

Is an individual employed by the government or a private party to protect the employer’s assets (land, staff, equipment, money, and so on) from a variety of threats (such as waste, damaged property, hazardous worker behaviour, criminal activity such as theft, and so on) by implementing preventative measures.

This research material “The Implication Of The Withdrawal Of Security Officers From Communities Invaded By Bandits (Case Of Zagzaga Community)” is for research purposes and should be used as a guide in developing your research project / seminar work. For no reason should you copy word for word (verbatim) as samphina.com.ng will not be liable for any who copied the material.

samphina.com.ng is only providing this material “The Implication Of The Withdrawal Of Security Officers From Communities Invaded By Bandits (Case Of Zagzaga Community)” as a reference for your research. The paper should be used as a guide or framework for your own paper. The contents of this paper should be able to help you in generating new ideas and thoughts for your own research. Use it as a guidance purpose only.

If you are preparing for questions that may be asked during your defense, then your answers will flow smoothly and effectively. This will prove your knowledge on the subject e.g “The Implication Of The Withdrawal Of Security Officers From Communities Invaded By Bandits (Case Of Zagzaga Community)“, and strengthening your argument. Ask friends and family, read your work for them to listen to your presentation, and write down questions. You may be lucky the panel will ask you those you have already prepared on.

Not knowing your topic “The Implication Of The Withdrawal Of Security Officers From Communities Invaded By Bandits (Case Of Zagzaga Community)” inside out will cause you to struggle and ultimately fail with your defense. You need to know the subject from every angle to ensure you are fully prepared for any question that may come your way.