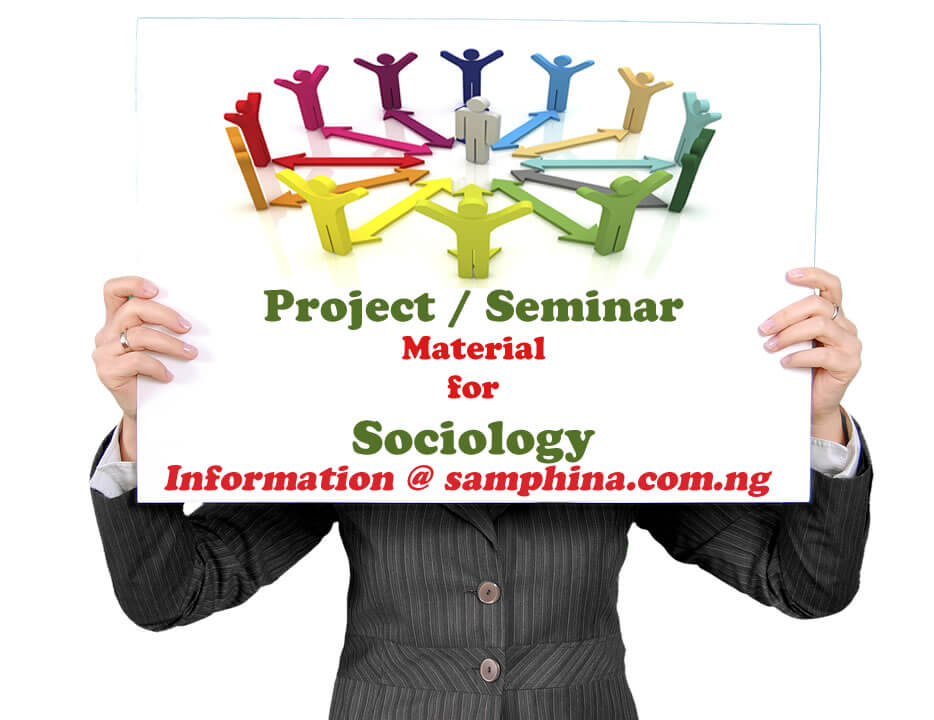 1.1 Background To The Study

Transportation and real estate development are critical to the physical and economic growth of towns and cities worldwide. Property and land prices tend to rise faster in areas with developing transportation networks and fall faster in areas without such improvements. Cities can expect rapid and sustained increases in housing and land prices as transportation improves and economic and population growth accelerates (Goldberg, 1970). Man, nations, regions, and the world would be greatly hampered in their development if transportation, which is critical for physical and economic growth, did not exist (Oyesiku, 2002). Land use and transportation are inextricably linked. Indeed, previous research has discovered convincing and unmistakable links between them (Ewing and Cervero, 2001; Polzin, 2004). According to Bailey, Mokhtarian, and Littlel (2008), transportation routes are part of a specific growth pattern or road network and are primarily described by regular street patterns as an essential aspect of human survival, development, and civilization. The route network, in conjunction with increased transportation spending, results in altered levels of mobility, as measured by Cost Benefit Analysis, reduced travel time, and other benefits. These benefits can be seen in larger catchment areas for services and amenities like stores, classrooms, offices, banks, and recreational activities.

The accessibility, connection, traffic density, level of service, compactness, and density of specific roadways are observed as components of road networks. A metric used to assess the level of service provided by transportation devices or networks is level of service. It is a comprehensive approach that considers many factors, such as traffic density and congestion, rather than the average speed of travel (Mannering, Walter and Scott, 2004).

Access to major highways provides relative advantages, and as a result, business users locate to take advantage of the advantages. Transportation and transportation infrastructure are critical to modern businesses, industries, trade, and general activities, with the transfer of products and services from one location to another becoming an essential and inseparable part of global and metropolitan economic life. The development of various modes of transportation has proven critical to both physical and economic progress. Human porterage, railways, ropeways and cableways, pipelines, inland waterways, sea, air, and roads are examples of such modes (Said and Shah, 2008). According to Oyesiku (2002), urbanization has long been a part of Nigeria’s growth and development. Extensive growth marked the nineteenth and twentieth centuries, with economic and administrative decision-making concentrated in Lagos, Ibadan, Kaduna, Jos, and Enugu, with a high degree of specialization and higher population associated with higher specialization of commodities and services. According to Wyatt (1997), urban areas tend to form around transportation network nodes, and locations with a good road network will have a relative advantage over locations with a poor network. Such urban locations can be found where various transportation routes intersect with a high degree of compactness, connectivity, density, volume, and accessibility displayed within intra- and inter-urban road networks.

The Lagos-Ibadan highway connects Oworonsoki in Lagos with Ojoo in Ibadan.

Lagos and Ibadan are prime examples of Nigerian city growth and development. Banking, retail/wholesale businesses, and professional services have all converged to capitalize on their proximity to the seat of government. The concentration of activities drew in consumers and ancillary service providers. As a result, demand for commercial space increased, as did the value of commercial property along the city’s major arterial highways.

Currently, the majority of commercial properties in Lagos and Ibadan are located along arterial routes that carry the majority of vehicle and pedestrian traffic. Rents have risen along the individual arterial roads, but not all at the same rate. Against this backdrop, this study examined arterial roads in Nigeria, determining their levels of accessibility, connectivity, and traffic density, as well as the trend of commercial property values, the relationship between the road network’s explanatory variables, and the effect of traffic congestion on the Lagos-Ibadan road.

Transport is essential for the mobility of goods and people, which is the foundation of the economy and long-term growth. Traffic management is essential for the efficient flow of goods and people, especially in cities. The movement of people and goods in a city, referred to as traffic flow, is a result of land activity. The type and intensity of land use, as well as the available transportation infrastructure, all have a direct relationship. Brierley 1962 (cited in Bayliss 1977) likens traffic congestion to an illness that, if left untreated, will kill the city’s heart.

Congestion on the road is defined as a situation in which the road network can no longer accommodate the volume of traffic on it (Bayliss 1977). The problem is frequently caused by a rapid increase in motorization with less-than-proportional improvement in the road network and related services, a poor road structural pattern, particularly in traditional city areas, as well as unplanned growth and chaotic land use distribution (Kombs 1988).

The bottom line with road traffic congestion is that the volume of traffic is too close to a road’s or network’s maximum capacity. Lagos State’s traffic congestion is worse than that of many, if not the majority, of Nigeria’s other states. It is, in fact, deteriorating year after year. In contrast, Ibadan is the world’s second largest city. Even if all new government programs and initiatives are completed completely, successfully, and on time, current official projections show that congestion will be significantly worse by the end of this decade. This is because road traffic is increasing faster than road capacity. This is not a passing trend; it will continue in the absence of traffic-reduction measures because it is impossible to adapt a road program to unrestrained traffic development trends. When people are transported into the city on major roads or highways, the situation becomes more serious. These roads then connect to the city’s smaller, older, and narrower streets. As a result, there’s a bottleneck and congested traffic.

An appropriate package of alternative measures, such as priority lanes and signaling; switching to other modes, such as freight to rail and passenger movements to public transportation, walking, and cycling;’soft’ policies to encourage reduced car travel; land-use patterns that reduce unnecessary travel; and associated measures to prevent the menace.

In the short to medium term, the combined impact of road pricing and a supportive set of supplementary actions is the best that could be reasonably achieved. Congestion costs could be reduced by 40% to 50% as a result of this (rather than only slowing their increase).

1.4 Objectives Of The Study

The foregoing has elicited a number of questions in terms of the impact of traffic congestion on Lagos-Ibadan road in Nigeria to which answers are to be proffered. Some pertinent questions to enable the study to attain its stated objectives are as follows:

The scope of this study is on traffic congestion on Lagos-Ibadan road, looking at the causes and implication on the environment. Concentration was made at Toll Gate.

The researcher faced some limitations during the course of this research. It was difficult to locate the right office to get information, and also commuters, operators, and private car owners were not willing to supply the needed information due to the confidentiality and sensitivity of the data. It took a strenuous time to obtain genuine information. Thus, research work has to source the available data.

Person who regularly travel from one place to another.

An excess of traffic, the act of gathering into heap or mass.

Someone walking instead of using vehicle.

The people living within a political or geographical boundary.

The transportation of goods by a porter.

A track consisting of parallel rails, over which wheeled vehicles such as trains may travel.

This research material “The Impact Of Traffic Congestion On Lagos – Ibadan Road (A Case Study Of Lagos End, Toll Gate, Lagos State)” is for research purposes and should be used as a guide in developing your research project / seminar work. For no reason should you copy word for word (verbatim) as samphina.com.ng will not be liable for any who copied the material.

samphina.com.ng is only providing this material “The Impact Of Traffic Congestion On Lagos – Ibadan Road (A Case Study Of Lagos End, Toll Gate, Lagos State)” as a reference for your research. The paper should be used as a guide or framework for your own paper. The contents of this paper should be able to help you in generating new ideas and thoughts for your own research. Use it as a guidance purpose only.

If you are preparing for questions that may be asked during your defense, then your answers will flow smoothly and effectively. This will prove your knowledge on the subject e.g “The Impact Of Traffic Congestion On Lagos – Ibadan Road (A Case Study Of Lagos End, Toll Gate, Lagos State)“, and strengthening your argument. Ask friends and family, read your work for them to listen to your presentation, and write down questions. You may be lucky the panel will ask you those you have already prepared on.

Not knowing your topic “The Impact Of Traffic Congestion On Lagos – Ibadan Road (A Case Study Of Lagos End, Toll Gate, Lagos State)” inside out will cause you to struggle and ultimately fail with your defense. You need to know the subject from every angle to ensure you are fully prepared for any question that may come your way.