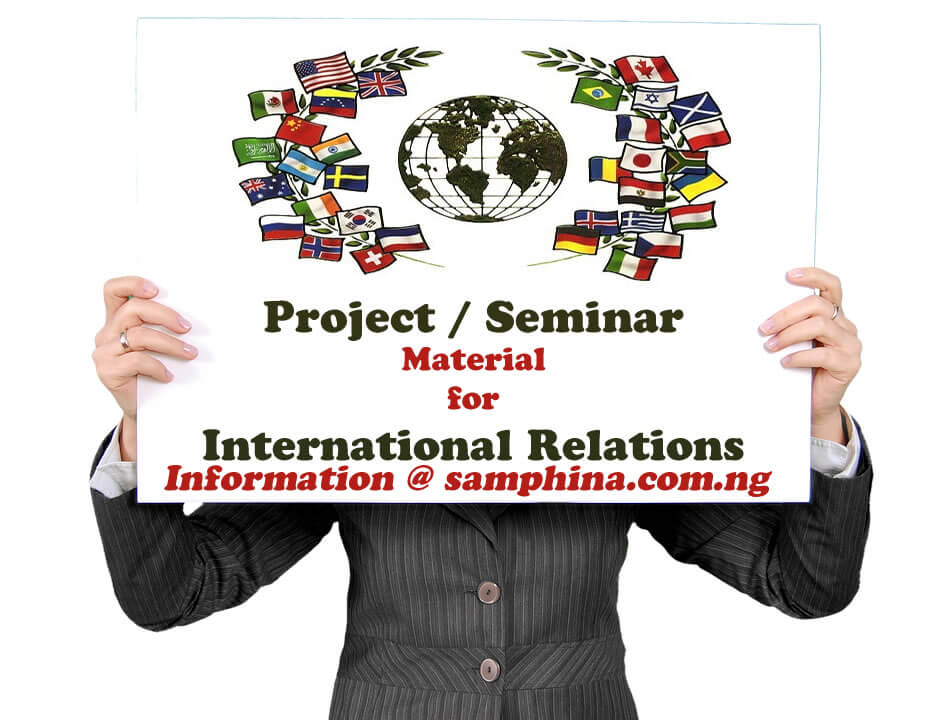 Religion is profoundly ingrained in an individual’s notion of peace as a major ingredient of societal norms and values. It tackles some of humanity’s most pressing topics, including violence, conflict resolution, and religious intolerance. Religion serves as a direction for people in their daily lives (Soharwardy, 2003).

According to Ahmed (1992), religion has developed laws, norms, and ideas that provide civilization with cultural commitments to critical peace-related values such as empathy, love for strangers, suppression of unbridled ego, acquisitiveness, human rights, unilateral gestures of forgiveness, humility, interpersonal repentance, and accepting responsibility for past errors as a means of repentance.

Religion has risen to prominence on today’s policy agenda. Policymakers can no longer overlook religion’s role in conflict resolution, peacekeeping, and peace-building. While religion is frequently criticized for causing violence, it also aids in the resolution of conflict and the reduction of tension. This research focuses on religion’s good influence on promoting peace in Wa. While religion has never been completely absent from public and political life in many parts of Ghana, it has long been sidelined in the north (Malik, 2000).

According to Funk (2006), the realism school of thought has attempted to advocate for the separation of church and state, as well as religion and politics. Different people view religion as a personal subject that should be enjoyed by people from all walks of life. Despite this, religion has remained a major social problem, and it now appears to have captured the public’s attention.

The 1979 seizure of the US embassy in Tehran by extreme Islamic extremists was one of the events that contributed to a re-examination of religion’s role in conflict and war. This unanticipated result prompted a review of the role of religion in the internal affairs of several states within the US Department of State. Other recent events, most notably the terrorist attack on the World Trade Center on September 11, 2001, and the ensuing war on terrorism, have prompted policymakers to acknowledge that religion plays a significant role in today’s world politics (Soharwardy,2003). Increased religious sensitivity in areas of peace has prompted the question of whether religion plays a role in domains such as peacebuilding, conflict prevention, and conflict resolution, among other things. Religion is not only blamed for causing wars, but also for providing conflict resolution. So, to what extent can religion contribute to topics like tolerance, conflict resolution, discussion, and peace-building before, during, and after conflicts? Peace is a key worry of our time, particularly with the emergence of the globalization phenomenon. Conflict in any region of the world has an impact on the rest of the world.

While conflict is an element of every human community, its nature and management define its effects on society, according to Okunola (1998, p 123). Since independence, violent conflict has somehow become a part of the socio-political and religious landscape of some African countries. The most significant in terms of intensity, speed, total number of victims, and overall effect has been the different religious conflicts, particularly in Nigeria’s northern region (Fwa,2003). ‘While religious disputes are not on the magnitude of other nations in the West African sub-region, there are ongoing religious conflicts, some including intra-and inter-ethnic antagonism, that periodically break into violence,’ according to Tsikata and Wayo (2004, p26). Muslims have been involved in violent occurrences, particularly in the Northern, Ashanti, and Brong-Ahafo regions. Six people were killed, ten houses were burned down, and property worth millions of cedis was destroyed in a religious fight between Kotokoli and Dagomba at the Akim Oda Zongo in 1996. In 1997, there were clashes between Muslim groups in Wa, in the Upper West Region. In Wenchi, in the Brong Ahafo Region, confrontations between Tijaniya and Al Sunna Muslims occurred in 1994 and 1998. A dispute between the two parties over ownership rights to the Wenchi Muslim cemetery sparked the 1998 rioting, which resulted in four deaths, twenty-four major injuries, and property destruction (Tsikata and Wayo, 2004).

According to Ahmed (1992), Islam is well positioned to handle the global component of peacebuilding since it is a global organization par excellence. This is all the more important as we watch with dread a ticking time bomb looming over humanity in the form of massive stockpiles of weapons in the arsenals of many wealthy and powerful religious sects. The religious conflicts that people face are vast, diverse, and complex. It had to be handled from numerous sides and discussed on various platforms in order to solve this problem. However, it has to be accepted that one of the methods for resolving these issues is through religion.

If religion wants to meet modern man’s requirements, it must strive for peace. The importance of religious bodies in the peace-building process in the intra-Islamic dispute in Wa is due to the fact that religion fosters peace, tolerance, and mutual respect among all people and cultures. The role of religious entities in peace-building is now more than ever recognized as crucial to the long-term survival of peace. In crisis situations, religious entities such as the Catholic Church, the orthodox Muslim sect, and the Ahmadiyya Muslim mission have worked to promote peace (Malik,2000).

In Ghana, there have been a number of intra-Islamic confrontations in recent years, leading to deaths and property devastation. In light of the current surge of disputes in Ghanaian society, particularly in the north, certain religious organisations and well-meaning Ghanaians have expressed interest in resolving the issue. It is critical that something be done in order to ameliorate the situation and ensure that religion’s great goal of peace is not undermined. Intra-Islamic fights have also disrupted the tranquility in Wa, in the Upper West Region, resulting in the loss of lives and property, as well as family breakup. Certain religious organisations in the region, on the other hand, have been involved in efforts aimed at maintaining intra-Islamic harmony in Wa.

The fulfillment of this goal is thought to necessitate the absolute involvement of all Islamic sects in Wa. In light of this, the researcher reached out to certain Islamic organizations as well as the Christian Muslim Dialogue Committee, both of which are involved in the promotion of peace in Wa’s intra-Islamic issues. This increasing understanding of religion’s role in peacebuilding serves as the backdrop for this study, which examines faith-based actors’ positive contributions to peacebuilding. The goal of this study is to gain a better understanding of the role of religious entities in Wa’s peace-building efforts.

This study will be useful to a variety of stakeholders, including the government, religious organizations, security agencies, and the general public, who are concerned about maintaining social harmony. It will, in particular, uncover several pertinent factors that appear to be impeding the continued maintenance of religious tolerance and peace in Wa. The study’s findings would add to the existing research on peace-building methods in Wa.

This study will add to the existing body of knowledge in this field and will also act as a resource for academics, researchers, and students interested in conducting future research on this or a related issue.

This study focuseson examining the causes of intra-Islamic religious conflict. It also seeks to ascertain the effects of intra-Islamic religious conflicts on the people. To identify the religious bodies involved in the peace-building process, and lastly, to find out what measures are put in place to ensure successful peace building. This study will be delimited to the people of Wa in Ghana.

Peace building is an activity that aims to resolve injustice in nonviolent ways and to transform the cultural and structural conditions that generate deadly or destructive conflict.

This refers to a specific kind of conflict that occurs between members of a group that shares common goals, interests or other identifying characteristics.

This research material “Assessment Of Peace Building Process Of The Intra-Islamic Conflict In Wa And The Role Of Religious Bodies In Ghana” is for research purposes and should be used as a guide in developing your research project / seminar work. For no reason should you copy word for word (verbatim) as samphina.com.ng will not be liable for any who copied the material.

samphina.com.ng is only providing this material “Assessment Of Peace Building Process Of The Intra-Islamic Conflict In Wa And The Role Of Religious Bodies In Ghana” as a reference for your research. The paper should be used as a guide or framework for your own paper. The contents of this paper should be able to help you in generating new ideas and thoughts for your own research. Use it as a guidance purpose only.

If you are preparing for questions that may be asked during your defense, then your answers will flow smoothly and effectively. This will prove your knowledge on the subject e.g “Assessment Of Peace Building Process Of The Intra-Islamic Conflict In Wa And The Role Of Religious Bodies In Ghana“, and strengthening your argument. Ask friends and family, read your work for them to listen to your presentation, and write down questions. You may be lucky the panel will ask you those you have already prepared on.

Not knowing your topic “Assessment Of Peace Building Process Of The Intra-Islamic Conflict In Wa And The Role Of Religious Bodies In Ghana” inside out will cause you to struggle and ultimately fail with your defense. You need to know the subject from every angle to ensure you are fully prepared for any question that may come your way.