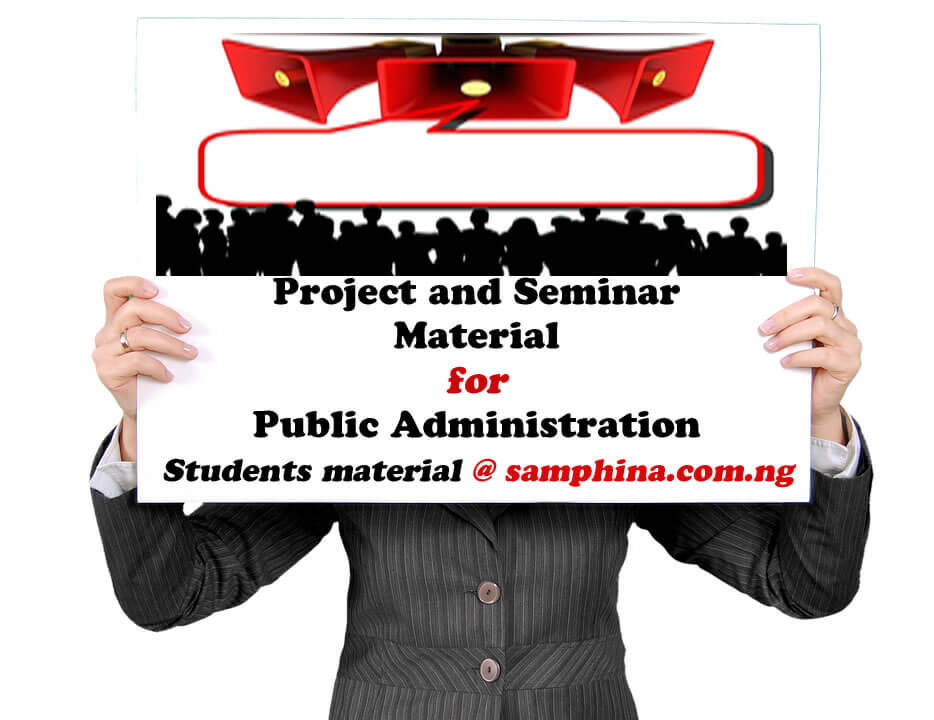 Ghana, like other West African countries, has gone through a lot of leadership changes since it gained independence in March 1957 and republican status in July 1960. The country has been a torchbearer in the African liberation struggle. It was the first country in Sub-Saharan Africa to gain independence from colonial rule (The British Imperial Government). Because it is a doyen of political premiership, it managed to clear that path to constitutional governance after 12 years of military dictatorship.

However, in 1992, a new constitution was put in place to start a new democratic dispensation in which the police played a vital role. Firstly, the Ghana Police Service helped the Interim Electoral Commission to organize a referendum for the citizenry to indicate their acceptance or rejection thereof. According to Wikipedia (2008), the police are agents or agencies, usually of the executive, empowered to enforce the law and to maintain public and social order through the legitimatized use of force. The term is most commonly associated with police departments of a state that are authorized to exercise the police power of that state within a defined legal or territorial area of responsibility. Furthermore, Aning (2006) observed that the importance of the police force in the country has become more pronounced in the maintenance of law and order. Owing to this increasing importance and the fact that the police could be trusted, another significant role was given to it. Sensitive state information (materials) was transmitted by the Service.

Subsequently, the Service and the sister security service together assisted the EC to organize the December 1992 Presidential and Parliamentary elections which ushered in the new democratic governance. The military government of the Provisional National Defence Council (PNDC) handed over power peacefully in January 1993 and the military went back to their barracks and has since that time allowed the Police Service to take control over internal security matters. According to Article 200 (3) of the 1992 Constitution of the Republic of Ghana, the mandate of the police is to maintain law and order. Thus, they may legally use force to deprive citizens of their liberty. This power is bound to generate opposition from those who are subject to it. It also offers great temptations for abuse.Hence, law enforcement requires a delicate balancing act by the agency. Although the conflicts between liberty and order receive their purest expression in considerations of democratic policing, it is upon this premise that this study seeks to examine the challenges of Ghana’s police service under constitutional regimes from 1992-2008, using Ashanti Central Division as a case study.

There is no doubt that the role of the police in a constitutional form of governance is enormous because they are required to give fair and impartial attention to all sides of the political divide. In order to perform these important functions entrusted to the police by the constitution of Ghana, they seem to be constrained by some challenges, as some observers suggest. For instance, the police are reported to be constrained by inadequate personnel, low morale due to inadequate remuneration, inadequate logistical support and inadequate training for personnel. Thus, for policing in a democracy to be effective, the number of police personnel must conform to international standards. Besides the requisite numbers, logistical support should be available in the right quantities and quality. The personnel should have the requisite training in respect of citizens’ rights and freedoms, riot control procedures, public-police relations, policing during electioneering, arrest and detention processes. The training is imperative because the police for so long were under a dictatorship where they were not given the opportunity to police according to the norms. A series of training programmes are supposed to re-orientate them to meet the challenges that constitutional democratic rule has brought about. It is in the light of what has been discussed above, that this researcher is investigating whether, with the advent of democratic culture in Ghana since 1992, the police service has lived up to the global democratic requirements of policing in a country governed by the rule of law, as responses were derived from the Ashanti Central Division.

The objective of this study is to ascertain the challenges of Ghana police service under constitutional regimes from 1992-2008 using Ashanti Central Division as a case study. Specifically the study seeks to:

1.4 Significance Of The Study

The police service is an important organ of the security apparatus of the state and any thing that concerns them should also concern stakeholders in good governance. Owing to this assertion, the findings from the study would benefit stakeholders in good governance immensely. The results would add to the literature on policing in a democratic world and assist curriculum developers of police training programmes in fashioning new ways of training the police to meet the challenges ahead. Policy makers on security, particularly policing in Ghana, would be guided by the findings of this study. Finally, findings from the study will serve as reference material as well as be relevant to students and other scholars who wish to conduct a study in a related field.

The scope of this study borders on the challenges of Ghana police service under constitutional regimes from 1992-2008. The study is delimited using Ashanti Central Division with consideration to democratic regime.

During the course of this study, the researchers encountered a few factors that posed a constraint. This includes the unwillingness of the respondent to accept the instrument owing to the fact that the information was sensitive to their profession. Moreover, lack of time to cover all the police divisions, the researcher resorted to using one police division, which is the Ashanti Police Division. On financial limitation, not all personnel of the division could be reached because of the huge expenses involved in making arrangements to meet a large sample of the police population in the ACDIV.

Police is an official force whose job is to maintain public order, deal with crime, and make people obey the law within the rule of the society.

A constitution is an aggregate of fundamental principles or established precedents that constitute the legal basis of a polity, organization or other type of entity and commonly determine how that entity is to be governed.

A democratic system of government is a form of government in which supreme power is vested in the people and exercised by them directly or indirectly through a system of representation usually involving periodic free elections.

This research material “Ascertaining The Challenges Of Ghana Police Service Under Constitutional Regimes From 1992-2008: A Case Study Of Ashanti Central Division” is for research purposes and should be used as a guide in developing your research project / seminar work. For no reason should you copy word for word (verbatim) as samphina.com.ng will not be liable for any who copied the material.

samphina.com.ng is only providing this material “Ascertaining The Challenges Of Ghana Police Service Under Constitutional Regimes From 1992-2008: A Case Study Of Ashanti Central Division” as a reference for your research. The paper should be used as a guide or framework for your own paper. The contents of this paper should be able to help you in generating new ideas and thoughts for your own research. Use it as a guidance purpose only.

If you are preparing for questions that may be asked during your defense, then your answers will flow smoothly and effectively. This will prove your knowledge on the subject e.g “Ascertaining The Challenges Of Ghana Police Service Under Constitutional Regimes From 1992-2008: A Case Study Of Ashanti Central Division“, and strengthening your argument. Ask friends and family, read your work for them to listen to your presentation, and write down questions. You may be lucky the panel will ask you those you have already prepared on.

Not knowing your topic “Ascertaining The Challenges Of Ghana Police Service Under Constitutional Regimes From 1992-2008: A Case Study Of Ashanti Central Division” inside out will cause you to struggle and ultimately fail with your defense. You need to know the subject from every angle to ensure you are fully prepared for any question that may come your way.